The Twins, The Music, and the Color Changing Shoes 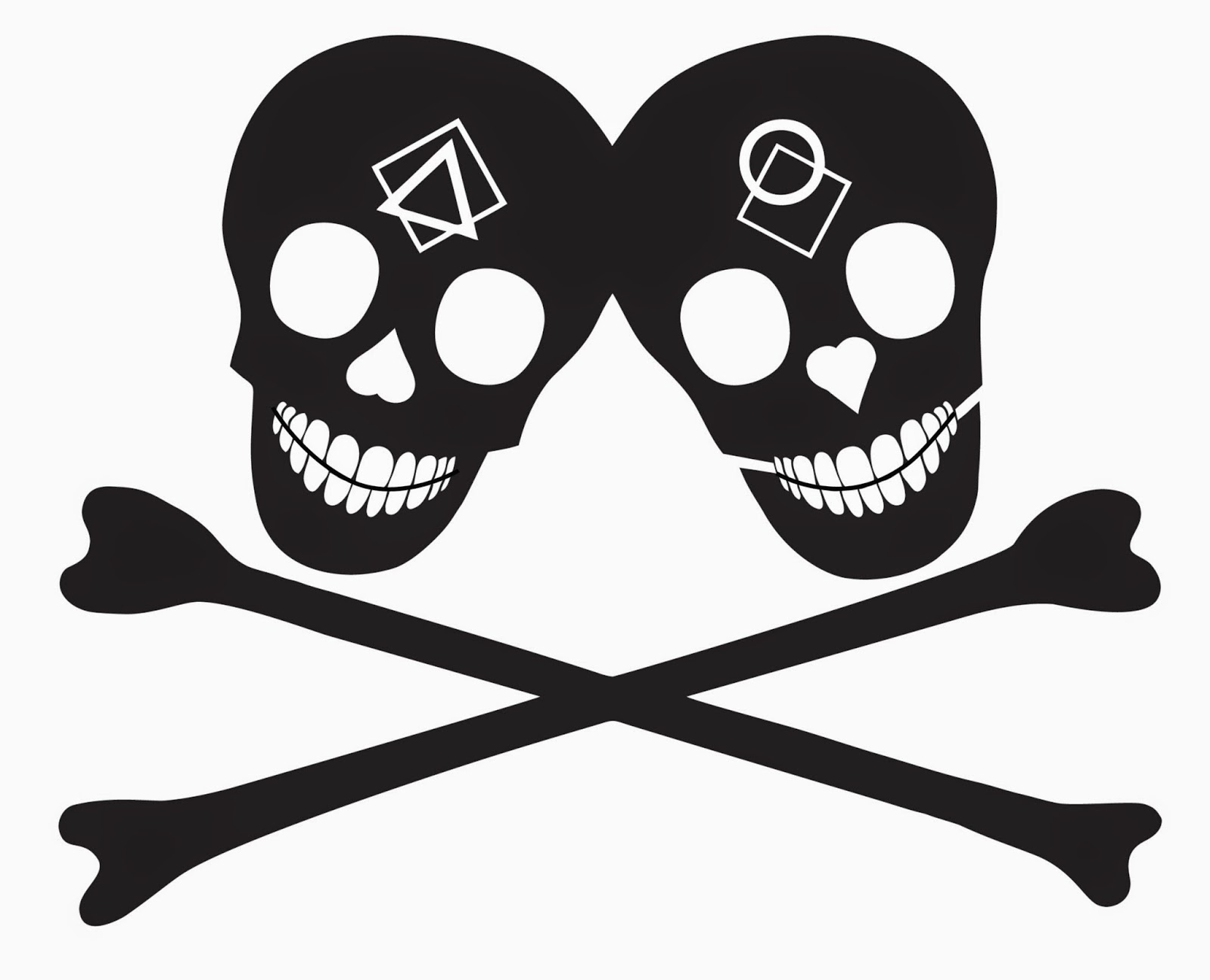 Have you ever seen a music video with color changing shoes? A commercial even? Has there been a creative video involving shoe culture that gave us any real impact that could be remembered?  If so, then there's no need to check out the video by Blunt Headed, simply titled 'Left.'
So what is it? How is it done? And most importantly, Who are these guys?
Most people hear that magicians tend to shy away from revealing their tricks, at least to those who don't know how to work a computer and a camera.  To those that are in the business, nothing such as this has been created, or brought to the forefront as it's been done here. Blunt Headed, consists of Ryan and Kevin May, the almost inseparable pair that continue to maintain a strong foundation in the music they have been making over the last ten years in Portland, Oregon. The video showcases not only a love for living in the Shoe Mecca here in Portland, with Nike and Adidas Headquarters in their own back yard.  Not to forget home of the Stop Motion, CGI, and Animation by Will Vinton at Will Vinton Studios.  Even going as far as the hit TV Show Portlandia staring Fred Armisen and Carrie Brownstein currently at it's fifth season.

The music video Left showcases Portland from Street Level - Literally, featuring one of Blunt Headed's new songs off their latest Album, 'The Twin's Mixtape.'  The album itself features great guitar melodies which may not be heard as much on their previous albums Chapters 10,11,12, and 13.  This video is surprisingly different in comparison to Blunt Headed's previous videos that were 100% 3D Computer Animations done completely in-house at the hands of Ryan May.

"This video, Left, was still difficult to plan and make happen, but was a lot quicker to produce," states Ryan May.  "Where as the Music Video 'Drop' took over 1 year to make, almost Frame by Frame if you will. 'Left" was more about pre-production and actually hitting the pavement and planning out my strategy and the best times to film."

Blunt Headed music is different than most music out on the market today.  "We've seen the rise and fall of many electronic groups and bands over the years," states Kevin May. " People tend to feel that music is all about getting on that corner and waiting for the right bus to take you where to need to go. For us, it's like we've got a junk yard of parts, and we need to build our own way out of here... A-Team style."
For over ten years, of solid hard work towards honing their crafts, the music stays true to the boundaries and limits the group set for themselves back in the very start. 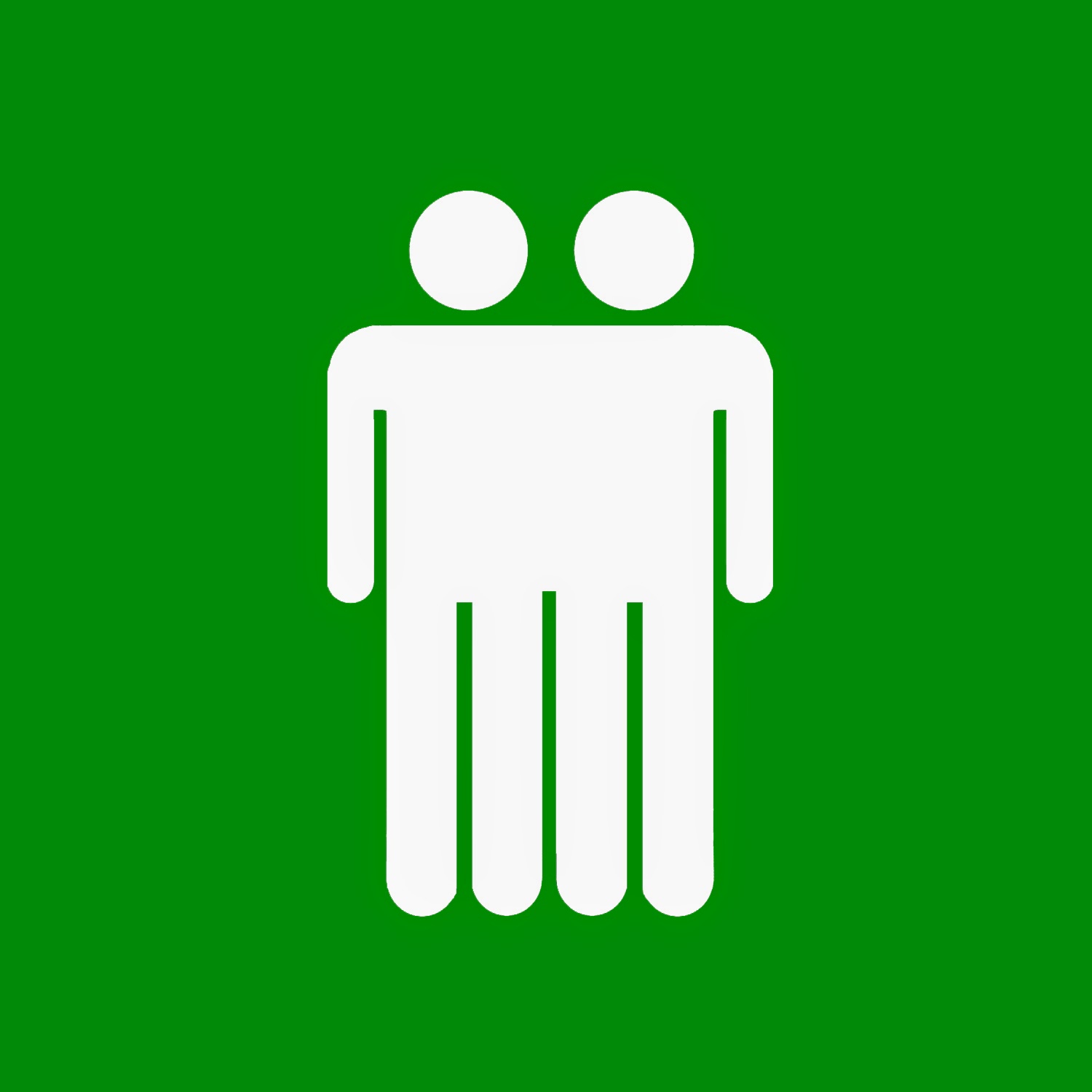 Each Album Chapter is mixed of a variance of 8-14 songs, each 5 minutes in length No more, no less.  "Each song blends with the next," says Kevin. "With the last song fading into the first song, giving the music almost a non stop feel of emotions and growth.  As it continues through each song, it transcends you and opens the mind up for thought and revelation."

None of their music has singing, or lyrics and is purely instrumental and has been that way since inception.  "As long as you keep it on repeat, the loop is closed and your on this ride."  A side project that grew into what is known around town as C1Thousand/C1000, consisting of small solo albums done by Kevin alone, and is the only place you will hear singing over that classic Blunt Headed sound and melody.

The songs have no names, just simply numbered, such as 010-001, and 012-006.  When the duo performs, they only reveal their outer sides, the left and right brain, playing in harmony, two different souls, working together for the music.  In their long history and friendship with the band Slipknot, Sid Wilson and Shawn Crahan to be specific, the twins had plenty of time to dream big. Mostly during the several hours of waiting around and hanging out between the Slipknot meet and greets, and sound checks.
"We used to wait for hours sometimes, just to hang out with our friends," Ryan says, "We would be in Vancouver BC, In Canada, and would be waiting outside in the snow for hours because security wouldn't let us in until they got us our credentials."  "It was worth it though, because it was times like those that we would sit and brainstorm together on what worked, and what didn't, and even where our conjoined twin idea manifested way back.  "It was cool because we didn't want anything but friendship and to share ideas with the guys," Kevin says while pausing to take another drag off his cigarette. "If I could tell you all the stuff we have helped think up between the four of us, You would think we were crazy and lock us up throw away the key."
The live performance resembles something out of a movie, where duality and opposites attracting being as important as identical people, seeking out their own identities and personal sound. "It's hard being a twin." Kevin says, "Slipknot had this way of talking about being brothers themselves, and being cooped up on a bus and touring and just had to find a way to make it work for the band and most importantly the music. I'd like to think we've shown them something too.  Maybe that the fact that we're twins, and we still fight and disagree as if we were performing at the Forum tonight," Kevin laughs. "No matter if you had 9 guys that were all identical, there's no escape from "band friction."
The Twins Blunt Headed have a few projects in store for the year 2015 in the works, as well as having a new album being compiled and worked on currently. Blunt Headed has been ranked #2 on reverbnation for EDM in Portland, Oregon for 2014 and has a following on Instagram of over 10,000 people at the end of the year. Stay tuned for more Blunt Headed news and music in the near future and check back for more daily updates and touring schedules.

The Videos from Blunt Headed have spanned back several years including:
Blunt Headed Music Video Clown Call
'Hearts That Race' Sid Wilson of Slipknot's Solo Album 'SID'
Now that you've seen the videos and read their story.
You can check out more videos at Bluntheaded.com
or at bluntheaded.blogspot.com.
Check out the clothing line and tshirts at bluntheaded.spreadshirt.com. 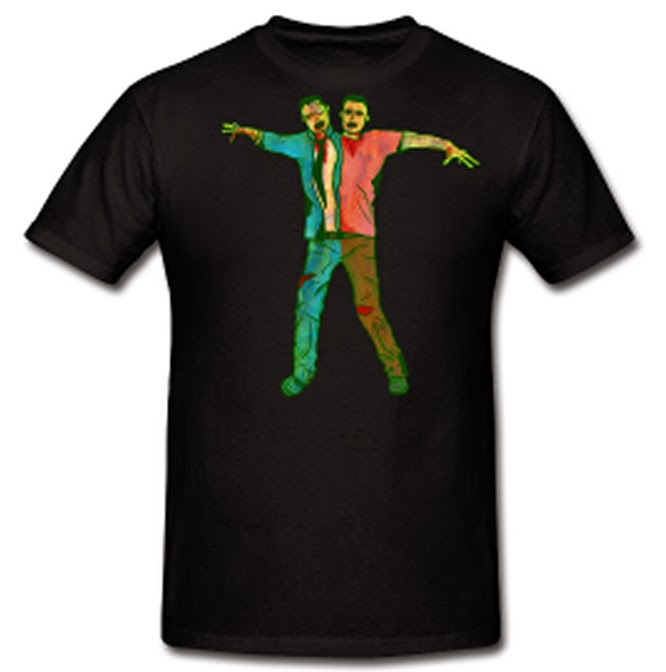 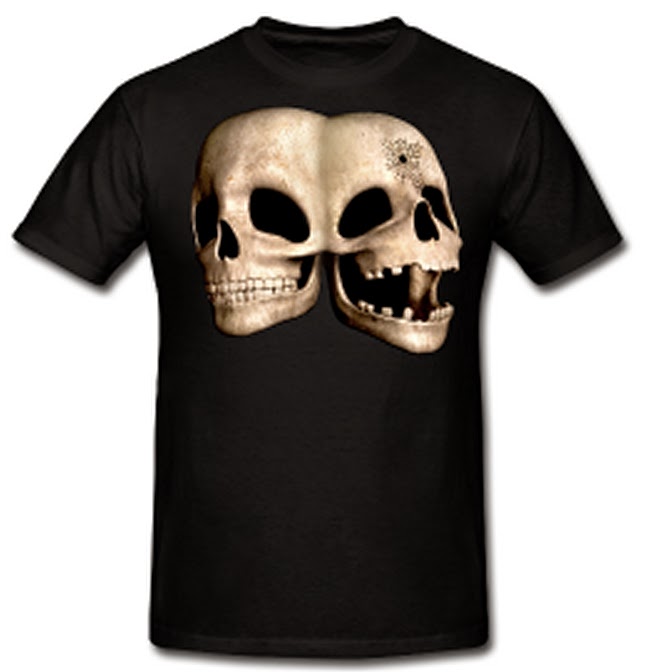 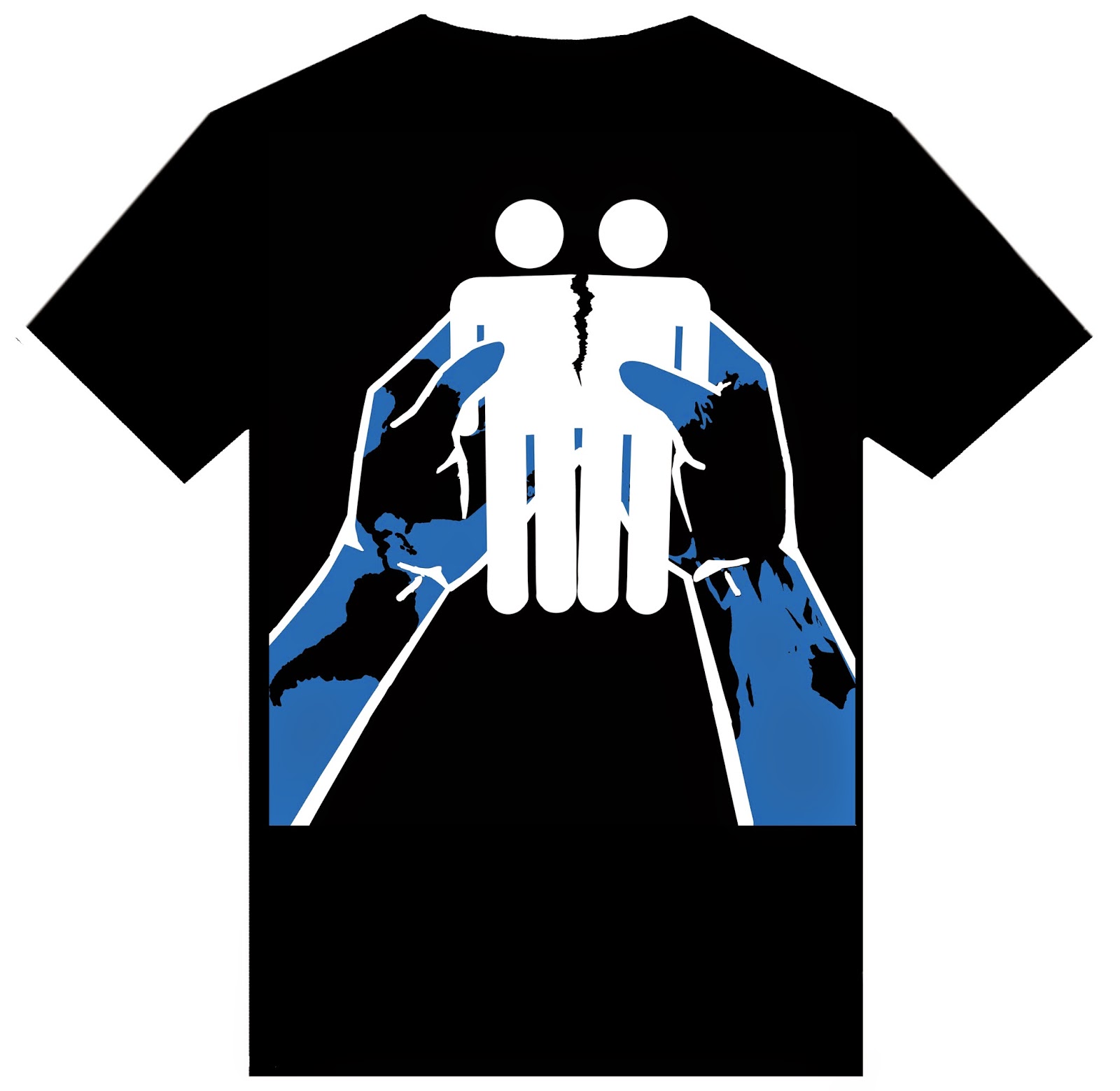 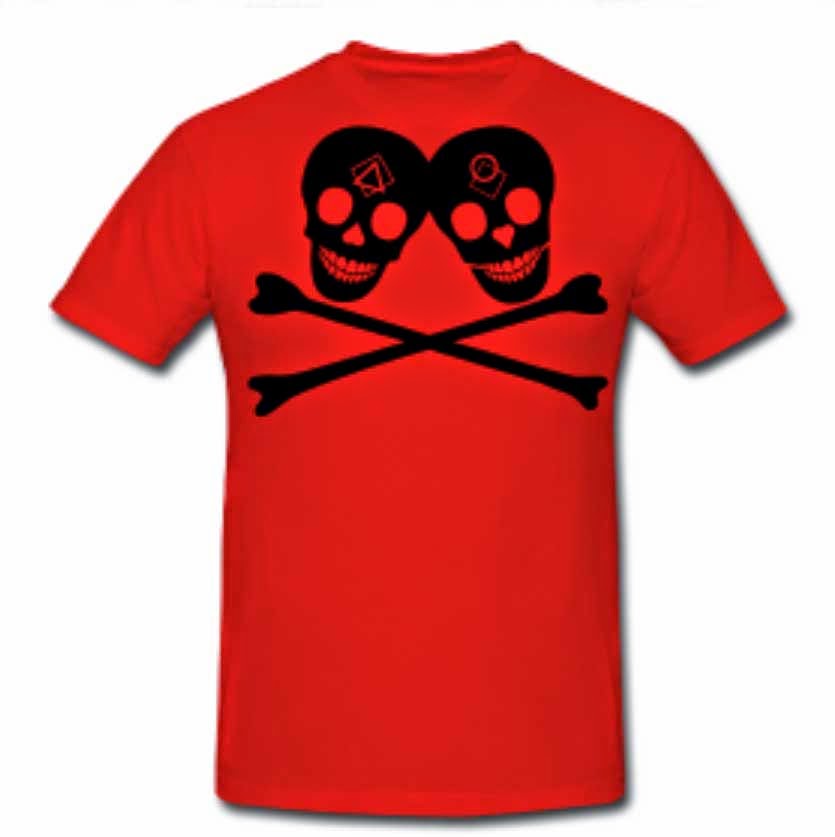