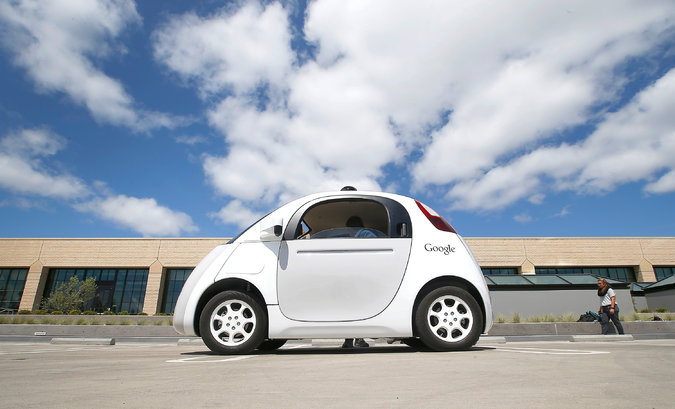 "SAN FRANCISCO — The world is one step closer to the day when people can, in good conscience, drive to work while sipping coffee, texting with a friend and working on a laptop computer.

On Friday, Google announced that sometime this summer several prototype versions of its self-driving cars are set to hit the streets of Mountain View, Calif., the search giant’s hometown. The move is still just another round of testing but it is a significant step toward a pilot program in which regular consumers could ride in self-driving cars.

Google has long been testing its self-driving car technology with a fleet of Lexus sport utility vehicles that have driven about a million miles on public roads, and that continue to put in 10,000 miles each week.

Traditional automakers are also pushing the envelope of driverless tech with on-the-road testing of their own autonomous prototypes, and the industry predicts that by 2020 those dreams could come true.

Getting there is now much more about software than hardware. The systems of radar, lasers and cameras currently used by Google and automakers have grown so sophisticated that the vehicles can easily monitor the road in all directions — even beyond what the eye can see. The tough part is figuring out what to do with all that information. "